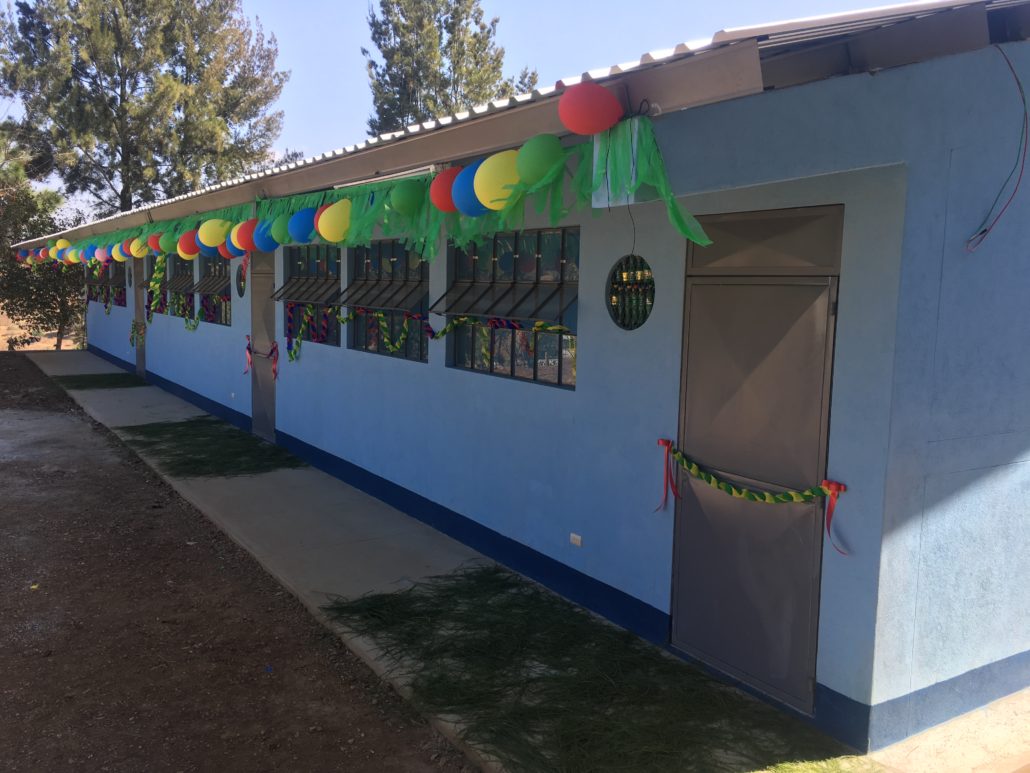 Posted at 20:08h in Completed Schools, Schools by admin

Throughout the construction of bottle classrooms in the first and second phases in San Jose Las Canoas, we saw a drastic changes in the community. The town of San Jose Las Canoas is located 15 miles from the center of San Martín Jilotepeque, yet in the beginning it took a long time to get to since they did not have paved roads. It was during the second inauguration of bottle classrooms that they also celebrated the improvement of their roads, bathrooms and accessibility to the community. Between the first and second phase, the population doubled from 400 to 800 people.

People in Las Canoas grow their own coffee, corn and beans as well as many different kinds of vegetables and fruits. Women weave their own “güipiles” (traditional blouses) that usually take up to three months to be finished.The members of Las Canoas speak mainly Spanish but it’s a 100% indigenous community and 70% of them speak their Mayan language, Kaqchikel.

It was due to the community efforts of San Jose Las Canoas, that we are collaborating to replace some of their older classrooms, one of which was being used to teach two classes at a time, making it difficult to have a proper teaching-learning environment. The bottle classrooms built during the second phase benefitted their middle school students. This current phase will help to benefit the growing enrollment of elementary school students and teachers.