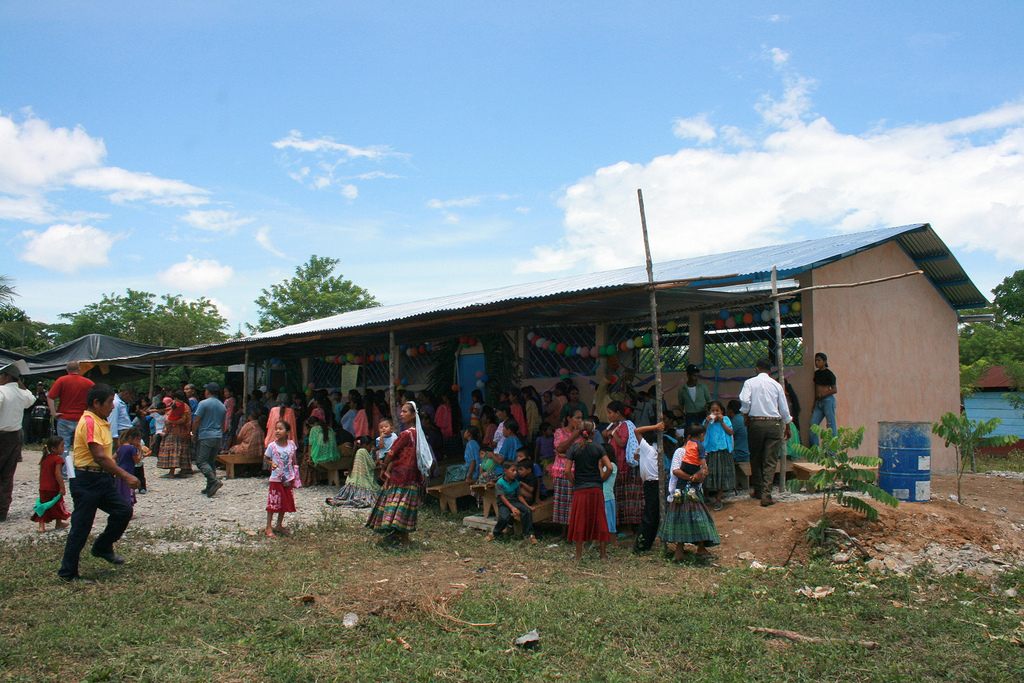 Las Promesas Nueve Cerros is one of the most remote towns in all of Guatemala and as such it receives very little aid for any development programs, including the construction of schools. The town has a large population, especially in the number of children. Up to this point, the municipality couldn’t afford to build a new school, and the old school was unable to accommodate the large population of kids wishing to have an education.

Peace Corps volunteer Nick Smith approached Hug It Forward, requesting support for the construction of a bottle school in Las Promesas, and one in the nearby community of San Francisco El Rio. Before the bottle school, the facilities consisted of three small buildings for seven grades: kindergarten through first in a wooden building with dirt floors, second through third in a wooden building with old cement floors, and fourth through sixth in a cement building.Now that the bottle school has been completed, the community has much more space in which to teach its children. This allows them to have a much higher quality education and a more enjoyable experience of school.