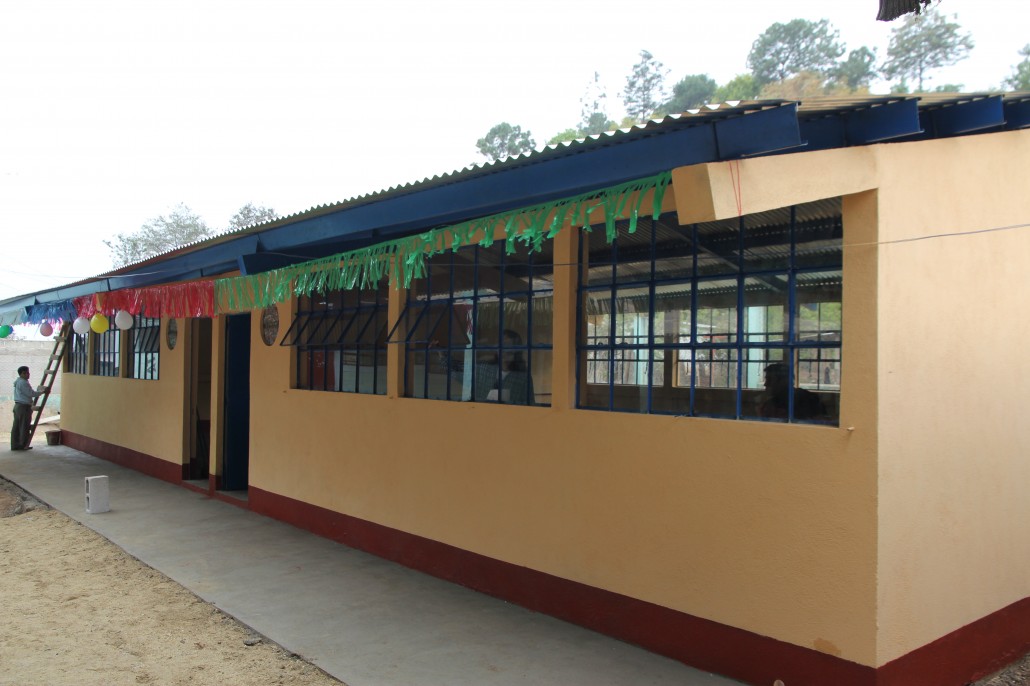 Panicuy is located 10 miles from the center of San Martin Jilotepeque. The word Panicuy comes from the name of a tree that can only be found in this area of San Martin Jilotepeque. People in Panicuy grow coffee, corn, beans and a lot of different kinds of vegetables and fruits. Women weave their own “güipiles” (traditional blouses) that usually take up to three months to be finished. This project directly benefits 180 students, 7 teaching staff members, and 250 families.

In the community there was a lot of trash and in 2011, at the initiative of teachers, they began to collect the garbage and put it in plastic bottles. The community did not have a specific project for these bottles, and were thrilled when the bottle school project was approved so that the eco-bricks could be used to benefit the community.

The need for classrooms was more than evident, as students eyes and lungs were filled with smoke because the wood-burning stove from the kitchen vented directly into one of the classrooms which was made from wood and adobe

As well as the eco-bricks, the community provided all the unskilled labor needed for the bottle school. This project marked the second successful collaboration with the mayor of San Martin, by which the municipality paid for all the labor for the project, and Hug It Forward’s donors funded the materials.