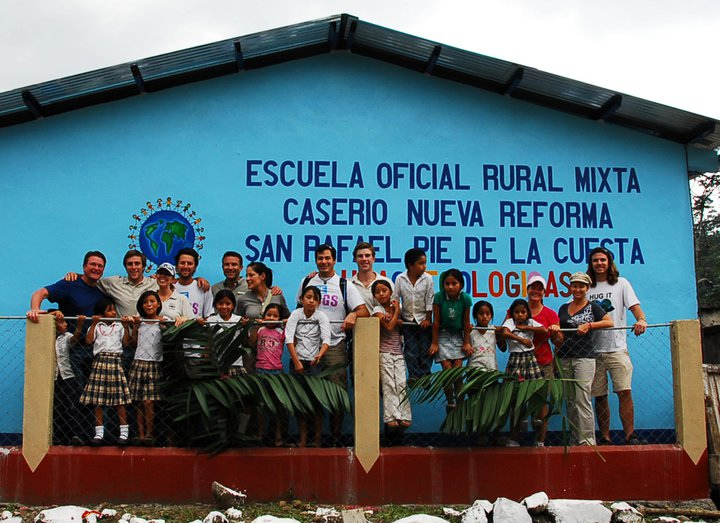 La Nueva Reforma, the village selected as the site for Hug It Forward’s fourth bottle school, is located in the town of San Rafael Pie de la Cuesta, at the base of the tallest volcano in Central America. It is a diverse region home to hundreds of species of plants and animals.

The number of children who wanted an education greatly exceeded the capacity of the small two roomed school house, forcing the teachers to create makeshift classrooms in the school’s small kitchen area and a corrugated tin shack outside that used to act like a sauna in the hot sun.

The community decided to construct a bottle school in place of the tin shack which significantly increased their classroom space and allowed the kids the space they need to learn. The community, who supplied all the labor, broke ground on July 25, 2010 and quickly finished in early October.