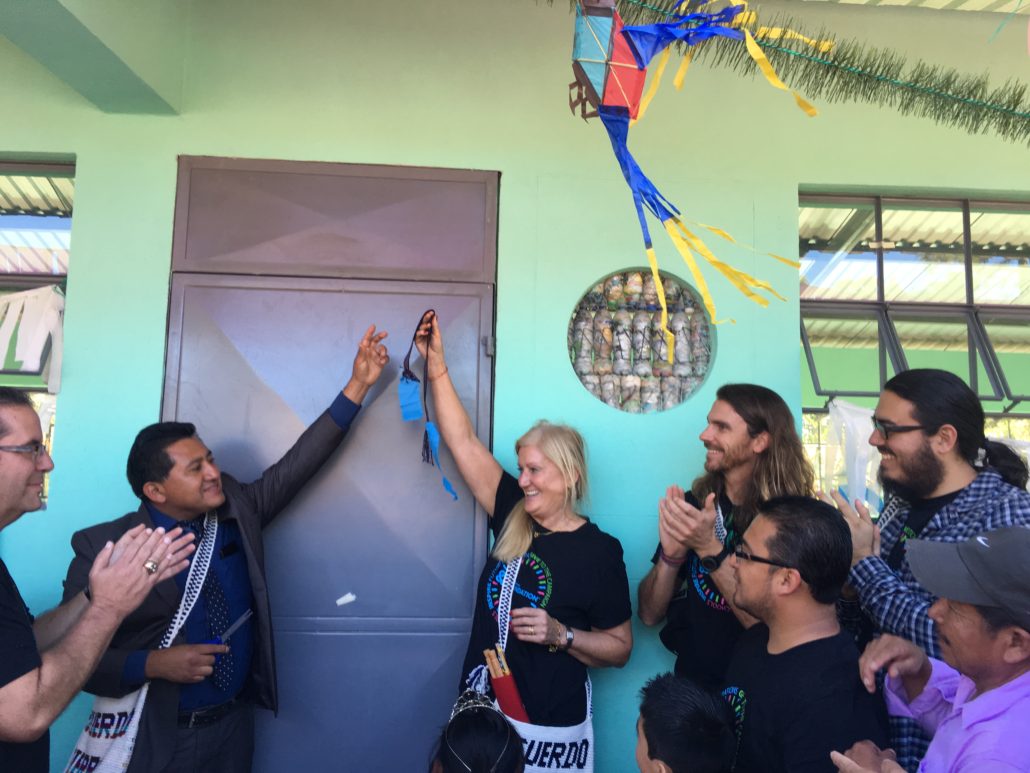 Posted at 19:57h in Completed Schools, Schools by admin

The first and second phases for bottle classroom projects in Tierra Colorada were for its 60 middle school students. The middle school had been founded 15 years ago but they did not have their own classrooms, and so they are forced to use the elementary school facilities. The government requires that all middle schools are independent from the elementary school, yet the government hadn’t provided the resources for this. Tierra Colorada is the biggest bottle school we have built thus far, serving 174 families in the area.

The third phase in the community of Tierra Colorada is a particularly special one; not only is this a phase dedicated to the elementary school of this community, but also the 100th bottle school project completed. The “Journey to 100” was a campaign to get to 100 bottle schools built in 2016. The inauguration of the Tierra Colorada bottle classrooms lasted 4 days, with over 1,000 community members, volunteers and masons in attendance. When Hug It Forward first started working with Tierra Colorada, there were no classrooms, only a hill that they wanted to clear for construction. The last phase will benefit the 275 elementary school students that had previously attended class in adobe classrooms.