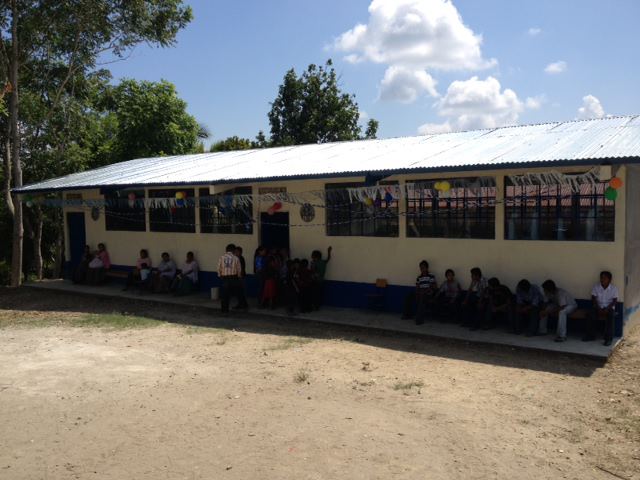 Posted at 20:07h in Completed Schools, Schools by admin

Hug It Forward has developed a deep connection to the municipality of Raxruhá, Alta Verapaz and we are jumpstarting a green revolution by building a “seed school” that we hope will be replicated in future years. Raxruhá (‘Green Waters’ in Q’ueq’chi) is strategically located at a primary intersection en route to the most popular Mayan Ruins in Guatemala: Tikal.

The municipality has received critical acclaim as not only the newest municipality in Guatemala but also the country’s highest rated in transparency. Now Hug It Forward is helping this resource-scarce, innovative municipality add “Guatemala’s greenest municipality” to its acclaim. Watch an introductory video.

The educational program is designed to inspire super-participation, allowing local people, with local knowledge, to decide where the school is going to be built, thereby putting the people in the driver’s seat of their own development. Watch a video showing the participation.

The program lasted from March to October, 2011 and the winning community was Cruz Sin Nombre II, Damasco Region. Cruz Sin Nombre II is located in the most remote region of the municipality. Education, however, is a strong priority for residents. Over the 9 month program the community began their own recycling system, built bottle trash cans, and dug a trash dump for trash that cannot be used in bottle schools (broken chairs, glass, iron, etc).

Cruz Sin Nombre II, according to the school directors association, stood out as the most involved among the 30 schools participating in the program. Therefore Hug It Forward was proud to support the community in expanding the school from one room for 6 grade levels to a 3 room school house that will address current and future education needs of the community.

Raxruhá has worked as a team to spread the ecological message that bottle schools naturally bring. This teamwork has been instrumental in the collection and filling of over 15,000 bottles. The building proposed for Cruz Sin Nombre will use about half of these trash-stuffed bottles. The remainder will be used in future constructions as the municipality continues its Active Education Program in 2013.