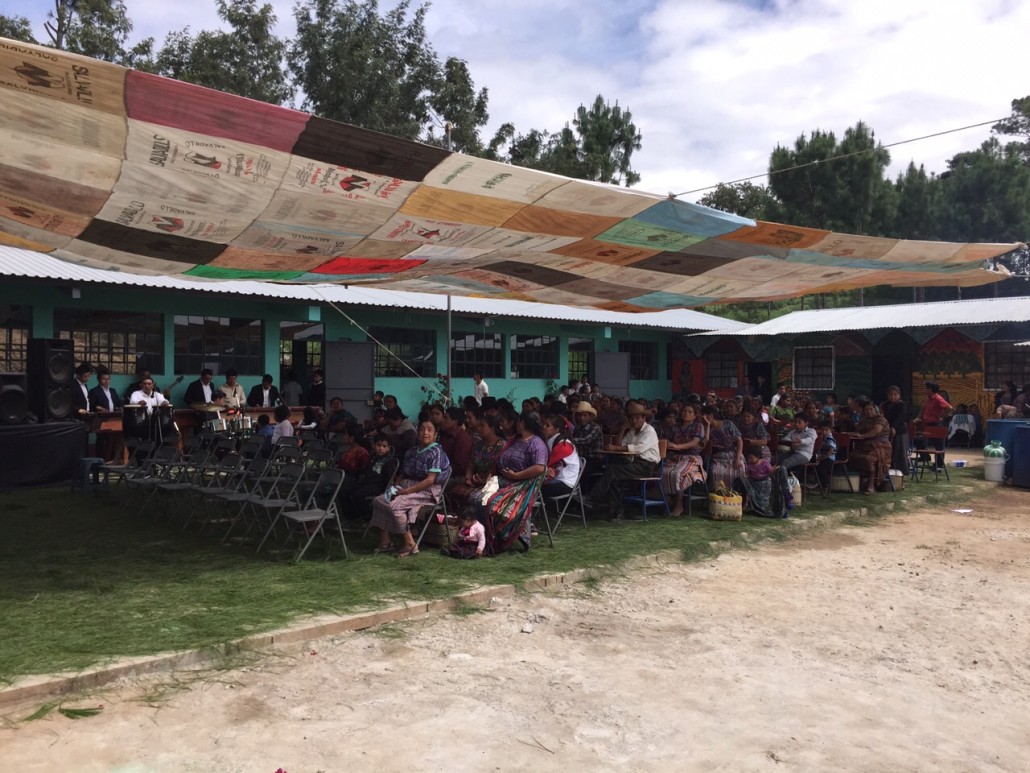 Posted at 19:24h in Completed Schools, Schools by admin

Originally Pachay was one larger community called Las Nomas. Separated by a river, Pachay and Las Nomas have 4 villages, each having their own primary school. There are approx. 600 families (4000-5000 people) in area. Hug It Forward first constructed a bottle school in Pachay 2 years ago, and at that time the school moved to the current location and started working on their 2nd bottle school project.

Pachay has 121 students ranging from 12 till 18 years old. 75% of these middle school students do continue to study, mostly go to Chimaltenango or San Martin Jilotepeque as well as some who go on to study in Antigua or Guatemala City.

There are local organizations helping the children of Pachay with scholarships, which gives them the opportunity to study in other cities in Guatemala.

The 3 classroom school built by Hug It Forward in 2013 was not large enough for the number of students in the area, which is why they started construction on an additional 2 classrooms. In the meantime, some classes are given in a temporary classroom made from wood. When it rains, all the students have to leave the classroom as the wooden floor can´t hold out the water.

While most of the community members work in the fields, some of them work in construction jobs in the Guatemala City and come back home on the weekends to see their family. The housewives will make handicrafts like the typical blouses (huipil) or skirts (corte) to sells in on market days in San Martin Jilotepeque. In addition, some community members have left to work in the United States.A 41 year old community member, José Gabriel Sumuc was only able to study until 9th grade he was attending school during the Guatemalan civil war. His father died during the war and he needed to work to help his mother and support his family.

His dream was to become a teacher, but at that time there were no opportunities for him to study on the weekend. He has 2 children who are studying in the middle school of Pachay and 2 children who already graduated from this middle school and are now studying in Chimaltenango. He hopes his children will have a better life than him. He works in the fields in Pachay where corn, beans and coffee are the main resources with some families also able to have tomatoes and zucchinis. José hopes that more organizations provide scholarships that can help more children to study, as the Guatemalan government is not helping them. His dream is to have good education for all the children.