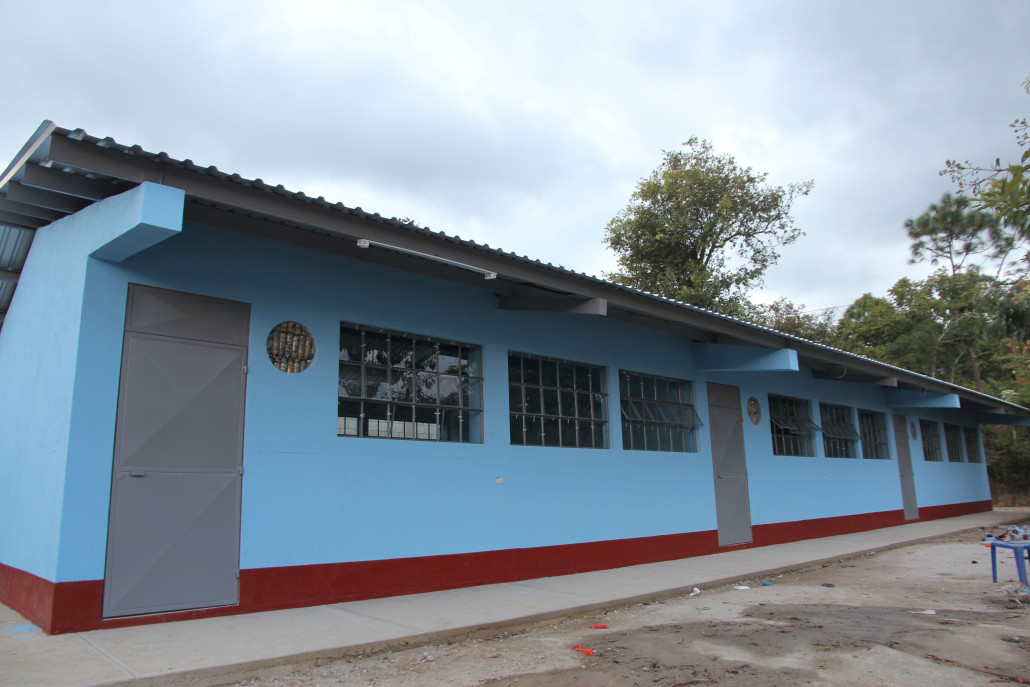 From a rented room to a beautiful school

December 19th, 2014 marked a very special day for Hug It Forward as well as the communities of Guatemala. Just 5 years after completing our first bottle school in the community of Granados, Hug It Forward alongside the community of Chidonjuan and a group of 26 volunteers from around the world inaugurated our 50th bottle school!! This 3-classroom school is located in the remote village of Chidonjuan, a community of about 200 indigenous Mayan families. People in Chidonjuan grow coffee, corn, beans, tomatoes, green beans and other vegetables and fruits. After the children finish school each day, they help their parents with work around the house such as coffee picking, planting flowers, making tortillas, and weaving beautiful textiles.

Prior to the completion of their new bottle school, the community struggled for nine years due to the lack of an appropriate school for their children. Making the best of the resources they had, the parents rented an old house and used it as a school for the students. A few years ago, the community rallied together and purchased a piece of land with the intention of building a middle school on it. However, when they could not secure the support they needed from the government, the project stalled before it had a chance to get off the ground. During this time, the president of the community visited a nearby town called Candelaria while a group of Hug It Forward volunteers were placing bottles in the walls of that community’s new school, which would become Hug It Forward’s 35th completed bottle school. He left feeling so inspired by the work he saw, that he returned to his community and motivated them to start gathering the 10,000 bottles which would be required to complete their new 3-classroom school.

Construction started on this 3-classroom bottle school June 28th, 2014 and the community inaugurated their school less than 6 months later. The children using these new classrooms will grow up understanding the implications that waste can have on their environment and a keen eye for creative, local solutions.