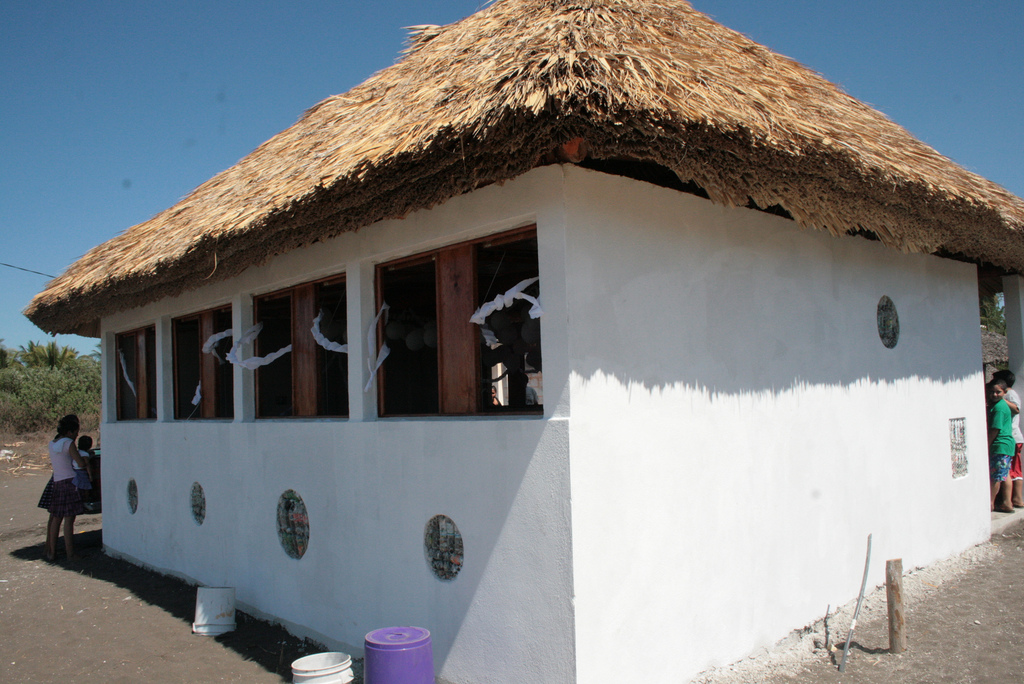 Las Mañanitas, a small town located on the Pacific coast of Guatemala, was the site for Hug It Forward’s seventh bottle school.  As is the case with many coastal villages, the community was dependent on the region’s natural resources.  But as the population grew, these resources, such as the mangrove forests and the Pacific Ocean itself, became increasingly threatened by the amount of discarded plastic.  The trash began to encroach upon the fragile ecosystem and thus the livelihood of the population.  The community also was in need of a schoolroom for pre-school children.

Trent Hodges, a Peace Corps volunteer in the Sustainable Community Tourism program, realized that a bottle school was the perfect solution to both problems and got in contact with Hug It Forward.  The bottle school was able to clean up some of the trash that would have been dumped, it raised awareness of the issue of plastics and trash management, and it also gave the kids in the community an adequate learning environment.