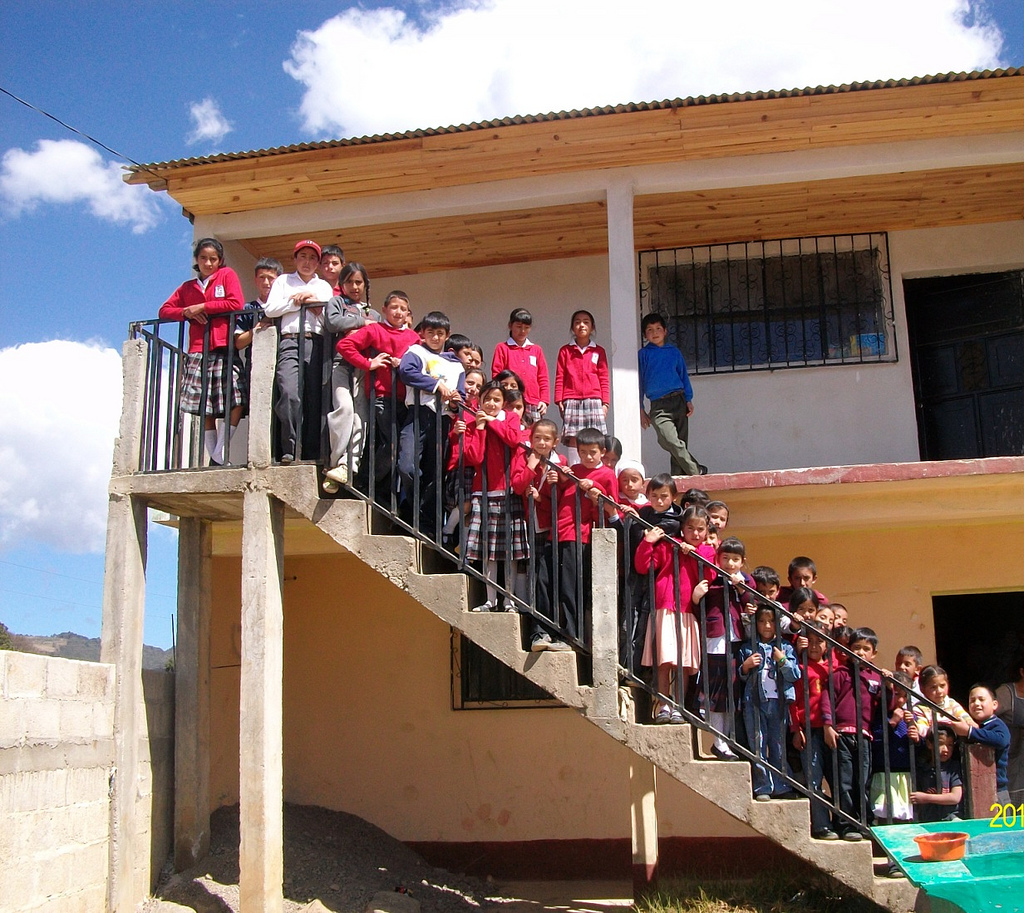 Hug It Forward’s fifth bottle school was built in the rural village of La Cereza. This small school was faced with major space constraints. Specifically, it had three classrooms to house eight grades. Pre-school and kindergarten (ages 3-6) were taught in one room, 1st through 3rd in a second room, and 4th through 6thin a third room, each by just one teacher. This greatly affected the children’s ability to focus and learn and also reduced the amount of material covered because the teacher’s time was divided between multiple grades.

Audrey Squires, a Peace Corps volunteer, worked with the community and the Municipality of San Carlos Sija to build a fourth classroom on top of the existing school in hopes of hiring a fourth teacher. The additional classroom and teacher would allow for the instruction of just two grades per room. The project soon came to a halt, however, when their funds dried up. Audrey found and approached Hug It Forward and asked for help funding the construction of the roof, cementing the walls, and installing the windows and door. Her Peace Corps service ended before the project could be completed and her replacement, Amber Branske, worked with the community and Hug It Forward to finish the classroom.

With Hug It Forward’s support, the classroom was completed on time. Because of the hard work of the community and the help and interest from Hug It Forward, the superintendent of schools agreed to hire another teacher in time for the 2011 school year, which began in January of that year.