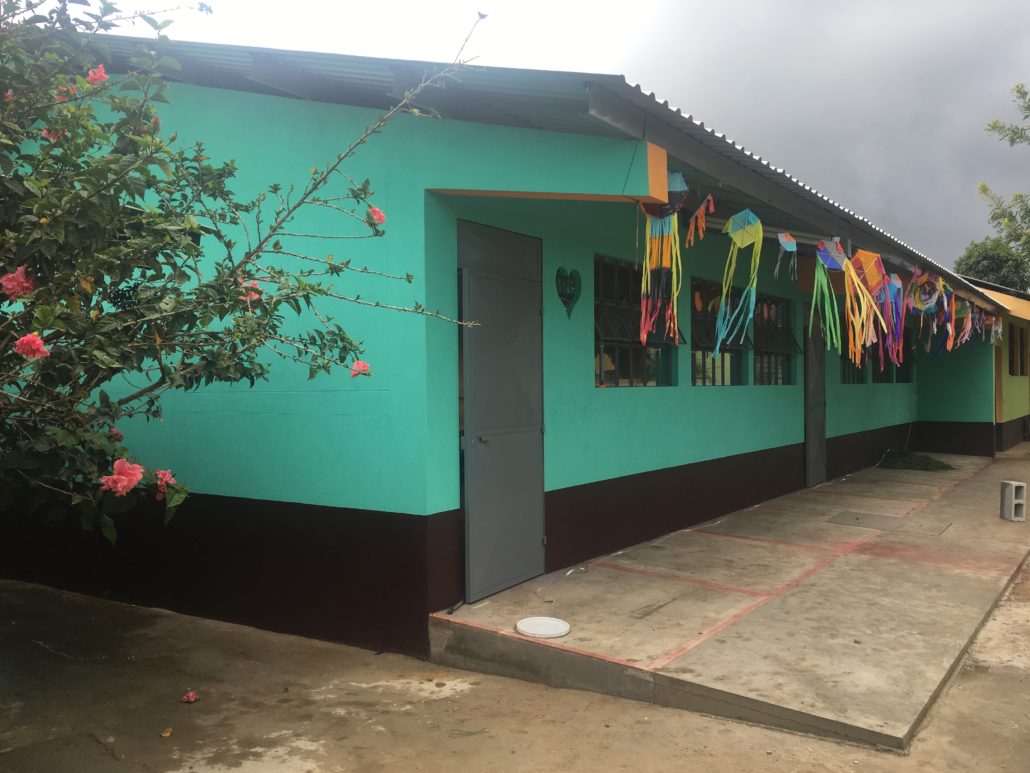 Posted at 19:33h in Completed Schools, Schools by admin

The community of El Molino is located about 2 miles from the municipality of San Martín Jilotepeque. It was during the process of the first phase of this bottle school project that teachers believed that they could provide a better education if they had the right conditions, so they motivated the community to collect over 6,000 bottles and inorganic trash to build their new bottle school. The classrooms at the village’s disposal were insufficient to meet the educational community which is growing. The two new bottle classrooms from the first phase, were constructed in partnership with SHARE, a local NGO. The school in El Molino was also the first school which volunteers helped to build as part of voluntourism trips run by our partner organization Serve The World Today.

The school in the community of El Molino provides education from kindergarten through sixth, and has 133 students. Originally, this elementary school had four classrooms, and the preschool room was for many years a temporary structure made from tin. The school was certified by Peace Corps as a “Healthy School” in 2009, and has since worked with eco-bricks in small-scale projects.