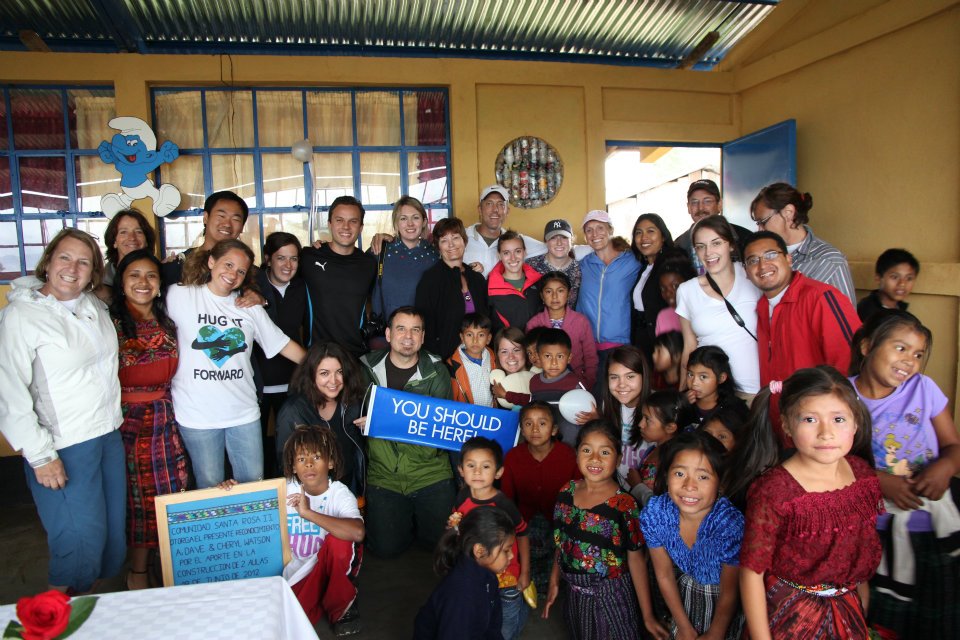 Posted at 17:05h in Completed Schools, Schools by admin

This school was built in Santa Rosa, which is located 8 miles away from the center of San Martin Jilotepeque. The community was named after its patron, Santa Rosa (Saint Rose). People in Santa Rosa grow their own coffee, corn, beans and a lot of different kind of vegetables and fruits. Women weave their own “güipiles” (traditional blouses) that usually takes up to three months to be finished.

This project benefits 94 students, 4 teaching staff members and 80 families in the area.The members of Santa Rosa speak mainly Spanish but some families still speak their Mayan language: Kaqchiquel. 90% of the community is Catholic. The kids help their parents after school on the work around the house such as: coffee picking, planting flowers, making tortillas, weaving beautiful textiles, etc.

Santa Rosa was founded 6 years ago when the owner of a huge piece of land decided to sell his property to all the families in the area. The “finca” was divided into 6 different communities and Santa Rosa was one of them.

Having the opportunity to build two new bottle classrooms has given the community a sense of pride, and a huge amount of confidence for the future at this formative stage in its life.