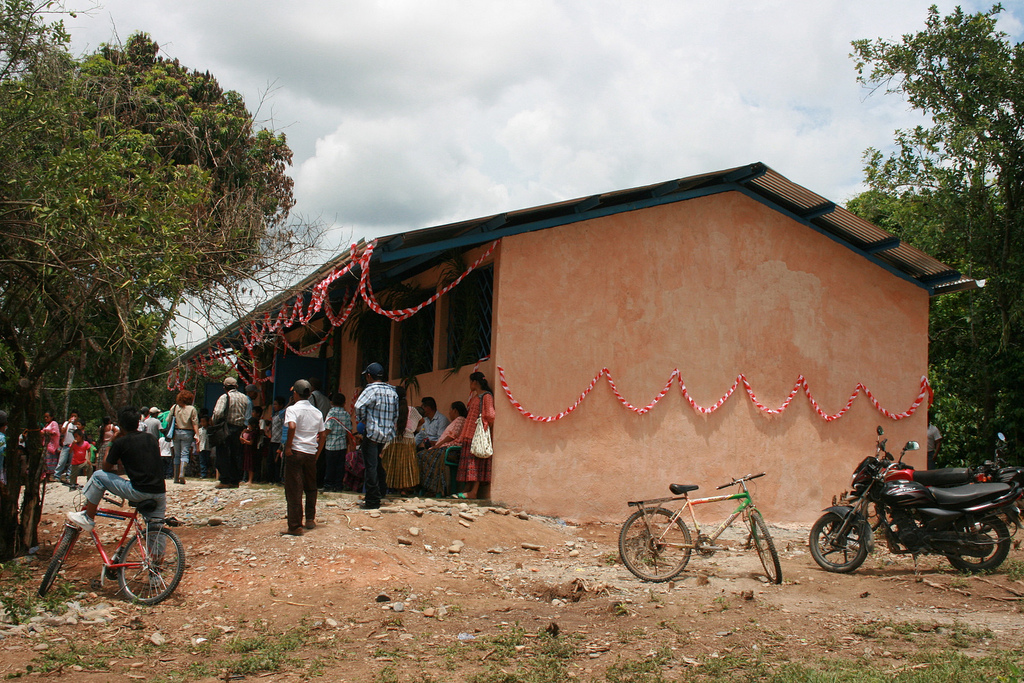 Hug It Forward’s tenth bottle school was completed in San Francisco del Rio, a village so far from the municipality of Cobán’s capital that it is often neglected by the government and rarely receives much funding.  The small community was founded only several decades ago in 1986 and had 48 students before the construction of the bottle school. This community’s biggest educational barrier was a lack of adequate space in which to teach. With just two teachers, teaching kindergarten through sixth grade in two small classrooms was a very difficult task.  On top of that, the classrooms were not very resistant to wind.  The students had a difficult time focusing and learning when their classrooms’ walls were made of scrap wood and reeds.

Peace Corps volunteer Nick Smith asked Hug It Forward to assist this community, and the nearby community of Las Promesas, by agreeing to fund a bottle school.Once the bottle school was completed, through the participation of the entire community, the students had a building that was larger and was much more comfortable than the previous school rooms. The new school provided them with a place to learn and a better chance to succeed at school.