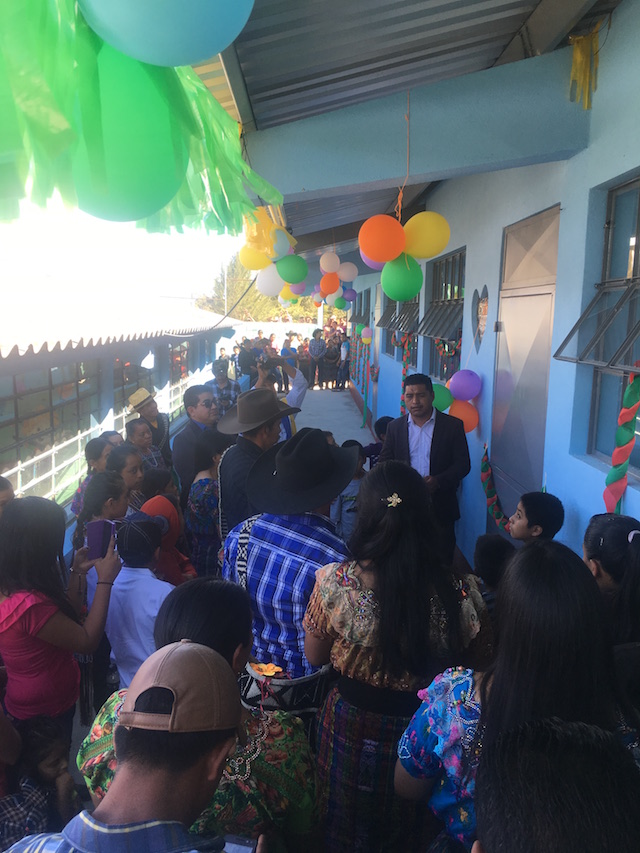 Posted at 17:26h in Completed Schools, Schools by adam

Oratorio means “place of prayer”. It is said that people in Oratorio were digging in an area where they discovered a sacred image of Saint Martin , or San Martín, which is who the municipality of San Martín Jilotepeque is named after. Oratorio is a community of 45 indigenous that were in need of some new classrooms for their children. The elementary school has 250 students enrolled, with 6 classrooms. In the past, they have had trouble improving their infrastructure since they have a lot of groundwater, which makes it difficult to build on top of. Of those 6 classrooms, 3 are in poor condition and will be replaced with bottle schools through the help of the community, the local government and volunteers.