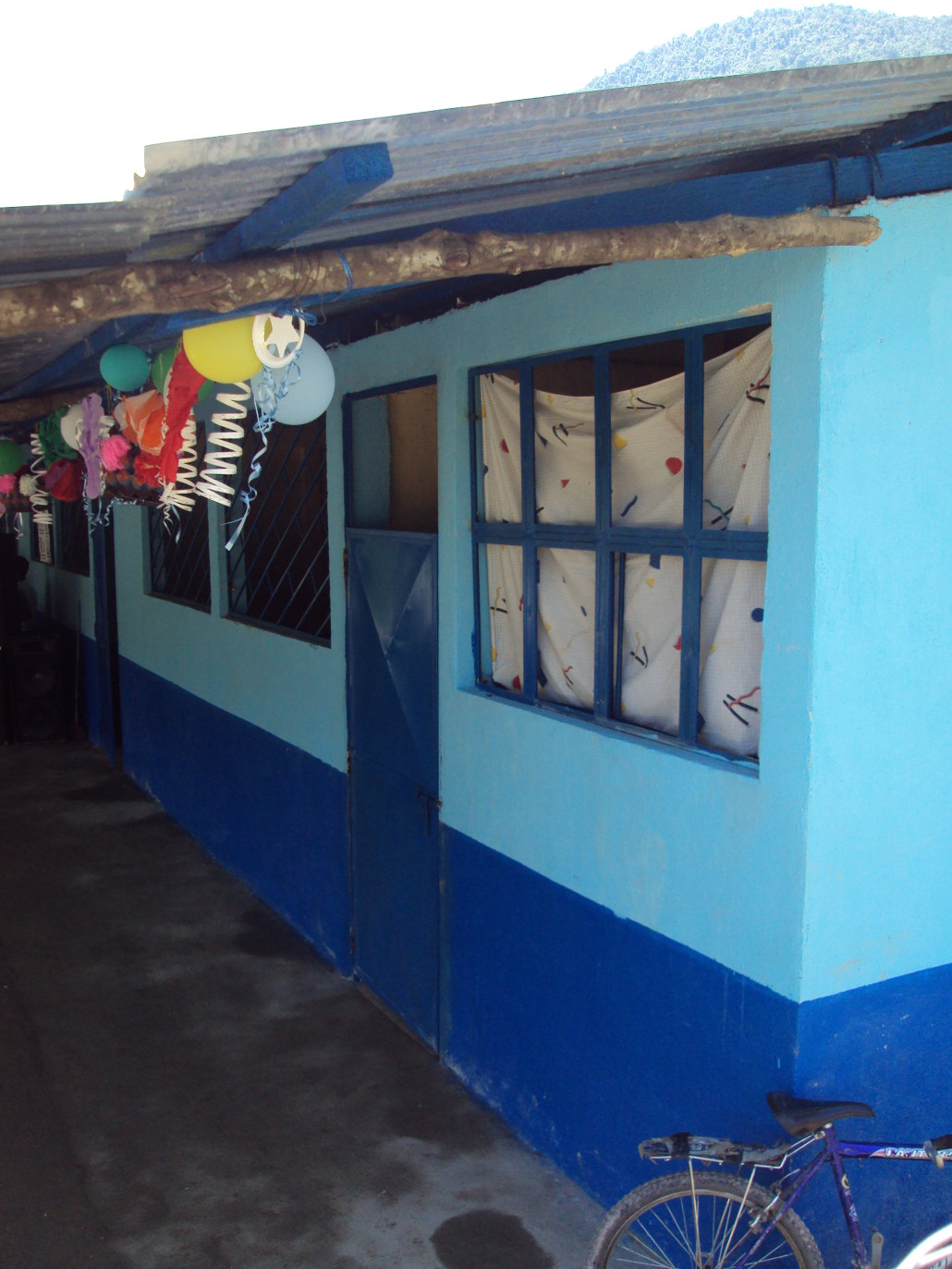 La Gloria, the site of Hug It Forward’s eleventh bottle school, is a small agricultural village in the remote cloud forests of Quiche. It is about 5 hours from the municipal capital of Uspantán in an area called the Zona Reina. The Zona Reina is a secluded region of Quiche, which was only accessible by airplane until 2007 when the government built a small one-lane dirt road. The area still does not have electricity or running water.The Guatemalan government gave the land in the Zona Reina to several different indigenous groups who were displaced during the civil war. As a result the area is populated by four different Mayan cultures living in harmony; Kiché, Qéqchi, Pokomchi, and Ixil. Because the region is so far from the municipal capital, it has not received much government support. With the construction of the road and easier access to the community, the community began accumulating inorganic trash only to discover they was no way of disposing of it. La Gloria is located in a virgin cloud forest that is full of wildlife, most notably, spider monkeys, quetzals (the bird that is the national symbol of Guatemala), and the horned guan. Trash threatens to ruin this delicate environment.

Due to the fact that the population is comprised of people who were displaced during the Civil War most of the adults in town never had the opportunity to go to school and are illiterate.  However the community realizes the value of an education in creating a better life for their children and thus highly encourages their children to be educated through middle school. In 2009 they decided to offer their community the opportunity to attend school beyond the 6th grade and they took it upon themselves to figure out how. The community raised their own money and built a small three-room basico school.  The basico, or middle school, was built of wood with an aluminum roof and dirt floor. However, by 2011 the space was no longer sufficient to meet the demand and the building was inadequate as cracks in the wooden boards let rain in during storms and the dirt floors flooded and turned into a mix of mud and puddles.

With the help of Peace Corps volunteer Hilary Kilpatric, the community came to Hug It Forward with the hope that they could build a three-room schoolhouse, including an office and a library, to accommodate their 90 students.  The community had already begun collecting bottles to show their dedication to the project.  The community’s dedication and need for a proper place to educate their children combined with their growing trash problem made them a perfect fit for Hug It Forward.  The school was inaugurated in August 2011, and now children in the area have the opportunity to continue their education through middle school.