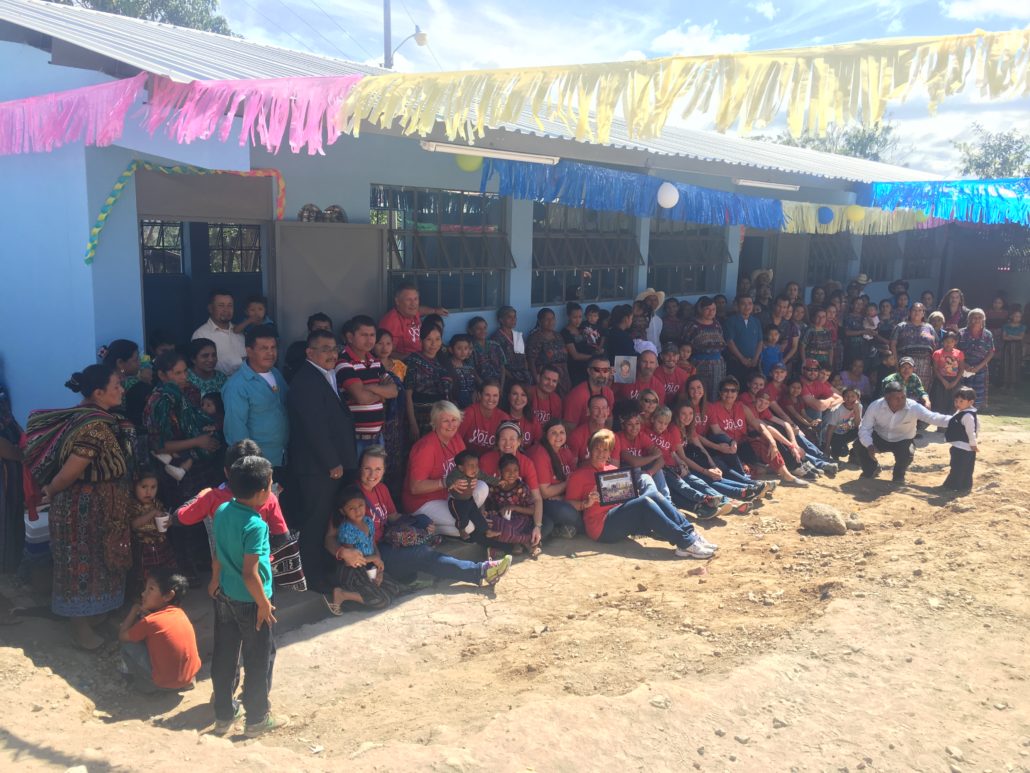 Posted at 23:49h in Completed Schools, Schools by admin

El Refugio y La Rosa is a town located approximately 7 miles outside San Martín Jilotepeque in the department of Chimaltenango.

The school population in El Refugio y La Rosa has been increasing year by year. In the first phase of the elementary bottle school project, there were 95 students. Going into the second phase of construction, there are 350 students enrolled. Because of this, community members had been using the principal’s office and the school’s kitchen as classrooms. The community came together to build a makeshift kitchen out of corrugated metal to replace the kitchen that is being used as a classroom, so that the children can have a mid-morning snack. The kitchen was not really set up for cooking, and the construction of the first two bottle classrooms enabled both the kitchen and the principal’s office to once more be used as originally intended.

The second phase of bottle projects will help the replace some of the classrooms made of adobe that were too old, small and dangerous in extreme climate changes and/or during an earthquake. The 65 families and 5 teachers for the 350 students want to help build and maintain these new classrooms for future generations.