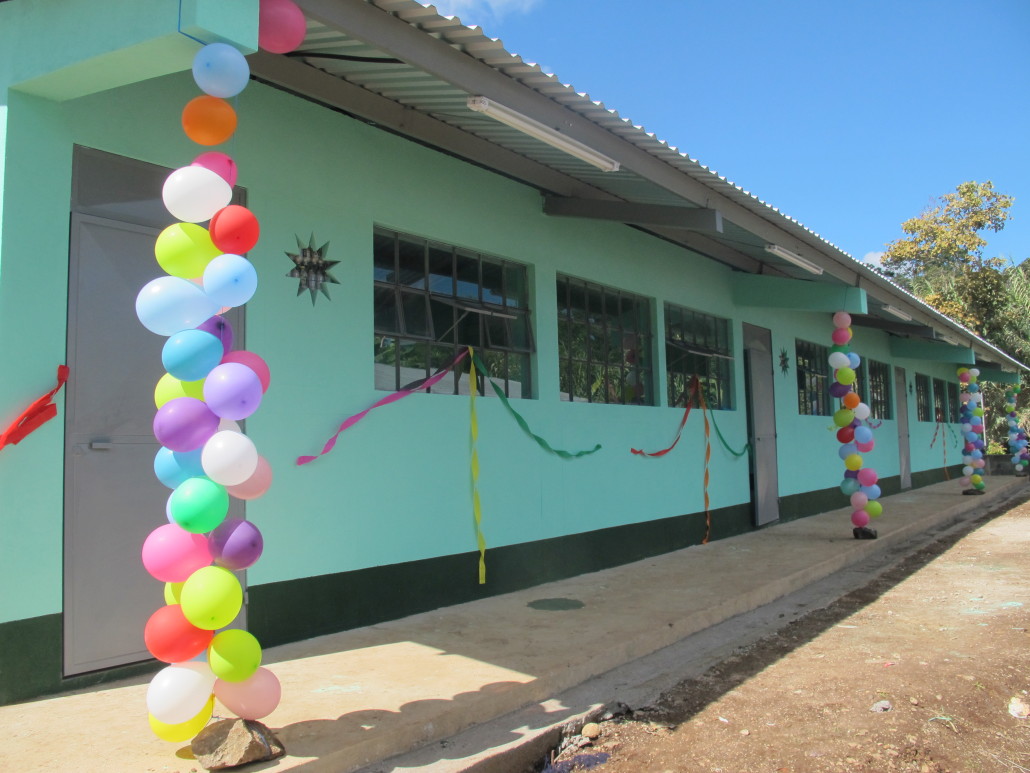 Posted at 14:04h in Completed Schools, Schools by admin

Choatalun means “under the big tree”. There’s a tree called Chalum where men used to rest after a long day of work in the fields.

The project (elementary school) will benefit 500 kids, 20 staff members and 500 families in the area.

The government built 3 “temporary” classrooms after the earthquake in 1976 and never came back to build something more appropriate. This Hug It Forward bottle school replaced those make-shift classrooms.

Choatalun is the biggest public elementary school in San Martin Jilotepeque. This community has heavily affected by the civil war with many massacres between 1981-1982.

The community is currently collecting more bottles to build 3 more classrooms in the area!!