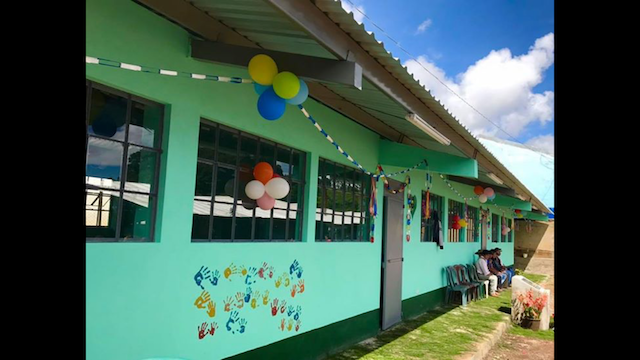 Posted at 17:12h in Completed Schools, Schools by adam

Choatalun means “under the big tree”. The species of tree called Chalum, is original to this area and was used by the men in the community to rest after a long day of work in the fields. This community currently has 500 families, and 2000 children as part of their population. Choatalun is an indigenous community where 10% of the people still speak their Mayan language, Kaqchikel.

The project (Elementary School) is the largest one in all of the municipality of San Martín Jilotepeque which will benefit over 500 kids, and 20 staff members in the area. For the first phase of construction, we helped in replacing 3 “temporary” classrooms that were built after the earthquake in 1976. The makeshift classrooms were never replaced and the community was even more negatively affected by the civil war with many massacres between 1981-1982. After the construction of the 3 new bottle classrooms in the first phase, the community was already collecting bottles for 3 more classrooms in the area.