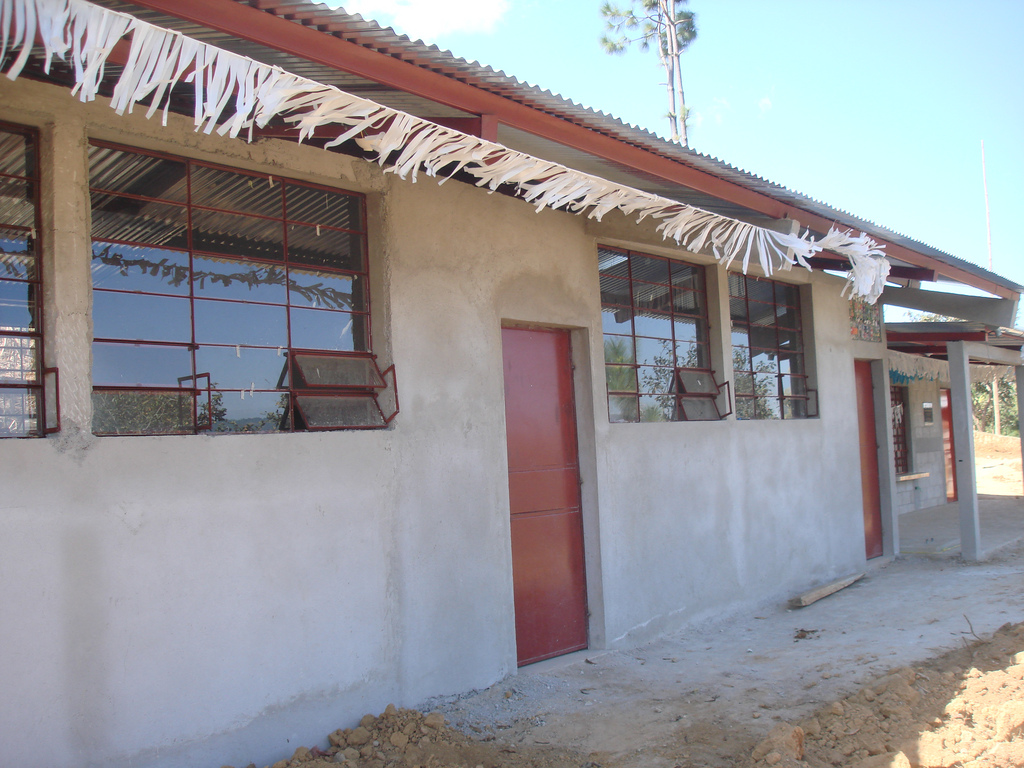 Posted at 19:37h in Completed Schools, Schools by admin

Chipocolaj is a small village west of Guatemala City that is extremely poor, not just by US standards but by Guatemala’s too. While some residents live in cement block houses, the majority of people live in adobe houses.  Families have, on average, five kids and often struggle to support them on the wages the men earn from agricultural work. Even though many of these families need the money their children would earn by working, instead they choose to send their kids to school.

The problem that Chipocolaj faced, however, was a lack of space and a safe schoolhouse.  Before Hug It Forward’s sixth bottle school was created, the previous one-room school housed six grades all being taught by one teacher.  On top of that, the school was made of rotting cane held together with thin rope and a tin roof: it was far from waterproof and did not provide the most conducive learning environment.

Thanks to the bottle collection from 8 local schools, and the incredible community effort from Chipocolaj, the 40+ students were able to begin the 2011 school year with two new bottle classrooms, and with the collaborative effort of NGO Share, a new kitchen, store room and bathrooms as well. Peace Corps volunteers Jared Metzker and Mary Faucette assisted in the process.

Construction of the bottle school took around 4 months with over 30 community volunteers donating their time and labor. It was amazing to watch a school being built using only man power and the few tools that were at their disposal. In 2010 students from kindergarten to 6th grade were crammed all together in one small cane structure. From 2011 onwards, thanks to Hug It Forward’s bottle school projects, they have a reliable, quality school to attend.