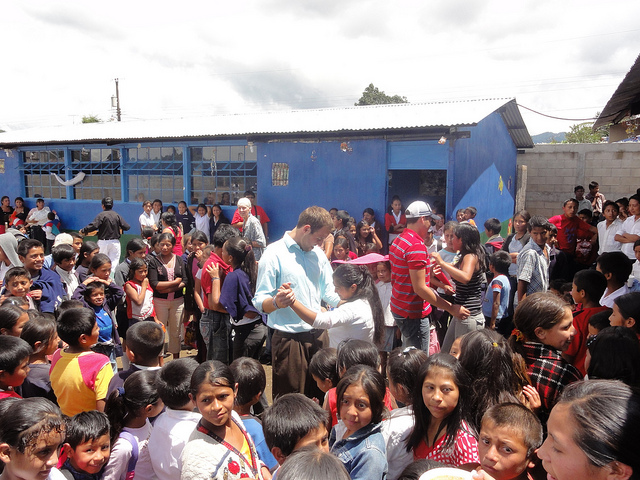 Hug It Forward’s third bottle school was completed in July 2010 in Chilascó, a very small agriculture village with a thriving youth population. The average family in the region has eight children, all of whom have dreams of attending school, but due to a lack of infrastructure, this was not feasible.

The local high school housed students from Chilascó, but also students from neighboring Santa Cruz. Before the bottle school was built, the high school consisted of four wooden shacks and several thatch roofed structures. This posed a problem since many teachers had inadequate space in which to teach and many grades were combined overwhelming the classroom space and the teachers. Coupled with garbage that the village was slowly piling up, this made Chilascó the perfect candidate for a bottle school.