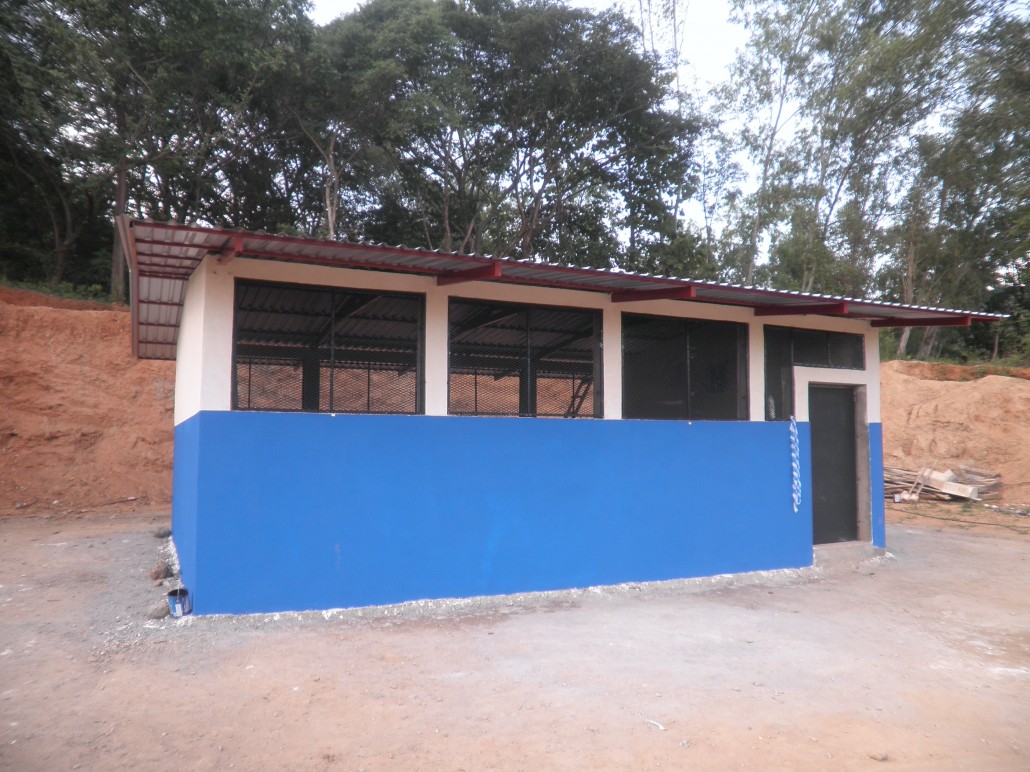 Posted at 15:59h in Completed Schools, Schools by admin

Candelaria, Sociedad is a small community in the eastern department of Morazán, located in El Salvador. During El Salvador’s civil war (1980-1992), Morazán was greatly impacted by the violence and fighting that took place. The devastation forced many of its citizens to flee their homes and seek refuge outside of the country, which has had lasting effects on agricultural production, as well as overall socioeconomic development. Morazán is now identified as El Salvador’s least developed department, and the people of Candelaria are moving forward to create a better future for themselves and for their children.

Candelaria is made up of 304 families, with a population of 1,223 people. In Candelaria, there are approximately 293 children between the ages of 5-14. Out of the community’s 5-14 demographic, there are currently 192 students enrolled in the school, with 60 of these students belonging to Upper Candelaria. Those living in Lower Candelaria have a 69% attendance rate while those in Upper Candelaria compare with 31%. This variation is attributed to the different distances that the students have to travel to arrive at the school each day.

While the school’s central location is favorable to the majority of the community members living in the lower part of the community, the daily walk to school can be an exhausting routine for students that are part of the 108 families living in the remote area of Upper Candelaria, which is located 2-3 miles away. Due to the very steep and rocky pathway, the trip is especially difficult for children between the ages of 5-7. Some children are accompanied by family members or neighbors to help them on these treacherous trips, but most must travel alone because their parents have to work, take care of their siblings, or watch over the house. This is especially true for those that live further away or are part of smaller families.

The 45 minute trip and subsequent classes are especially difficult for those that live far enough that they do not have time to eat in the morning, which impedes their ability to focus, and retain new information. For these reasons, many parents living in Upper Candelaria are hesitant in sending their children to school, especially while the children are young. Of the 36 students currently attending Kindergarten and 1st grade, only 7 of the students are from Upper Candelaria. This number is even more surprising when taking into consideration that there are 55 children between the ages of 4-7 living in Upper Candelaria.

The community of Candelaria seeks to construct a Primary school (consisting of 2 classrooms) for grades Kindergarten and 1st grade. The placement of the new school would be located in Upper Candelaria, where land for the school has been donated by a member of the community. It would be constructed as a means to augment attendance rates among those between ages 5-7 living in the upper part of the community. This school will be Hug It Forward’s second bottle school in El Salvador.